Joel has been serving his community for over 30 years.

He is passionate about his work with non-profit organizations such as United Way, YMCA and most of all the Easton Community Center.

Joel has been working at the ECC since 2003. He started as the program director and a few short years later was placed in the Facility Director role. During the summer months Joel also acts as Summer Camp Director, so he can reconnect with why he got into recreation in the first place, he loves kids, sports and having fun!

Cyndi has worked at the Easton Community Center for 15 years. She was born and raised in New Jersey but has been a resident of Easton for over 31 years. She is a graduate of Rutgers University and has been extremely active in her community. During her time in Easton Cyndi has gained experience as a former PTA president as well as a former board member for Habitat for Humanity and as a member of the founding board for the Easton Community Center itself. When she is not working, Cyndi is also very involved in work with the Mercy Learning Center, she is a proud mother of two, a proud stepmother of one, and a very proud grandmother of one.

Karen has been with the Easton Community Center since 2006. Prior to that she has almost ten years of customer service experience in different industries. She has been a resident of Easton for over 43 years and lives with her husband Andy. She enjoys cooking, gardening and is an enthusiastic college ice hockey fan.

Austin grew up in Easton and studied Communications at Dean College. He spent his summers working on the administration team at an all boys sleep away camp in Morris, CT. After college Austin spent a year in Florida working at Club-Med where he helped run the Teen Program. Upon moving back to Easton, Austin joined the Easton Community Center team as the Youth Program Coordinator and is now the Teen Director. Austin assists in running the P.E. classes and movement classes for the Preschool, also runs classes in the afternoon for elementary and middle school aged children.

Carole moved extensively as a young person but has happily been in CT since 1984 when she came to attend Southern CT State Univ. Married in 1988, she and her husband Frank moved to Easton where they raised their 3 children~ Matt, Katie and Caroline. Carole volunteered in many capacities when her children were younger, including PTA Vice-President, Girl Scout leader, religious education teacher and AYSO coach, just to name a few! When her children all became of school age she began 8 years of substitute teaching at Helen Keller Middle School, which led to several full-time extended positions before coming to Playtots. Carole currently volunteers for Hospice, The Jewish Home for the Elderly and Mercy Learning Center. She has been with Playtots since 2008 and she looks forward to many more years! 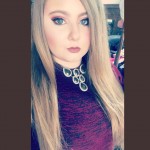 Tina has worked with the Easton Community Center since February 2017 and loves working with the Greater Easton Community. She is from Shelton, CT; she has a passion for art, design, marketing, and her two cats. Tina received her Bachelor’s Degree in Graphic Design from Sacred Heart University in 2016. As well as working full-time for the ECC, she is also a full-time graduate student at Sacred Heart University studying for her Master’s of Science in Digital Marketing 2022. She is interested in artificial intelligence and data science. Tina also has multiple marketing certifications in Google Analytics, Email Marketing from HubSpot, and SEMrush Seo. She also has experience in using RStudio, SAS Analytics Software and Adobe Creative Suite. 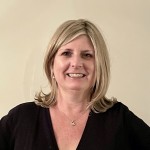 Michelle was born and raised in Connecticut and graduated from Northeastern University with a degree in Business Management and Marketing. She married her husband, Jeff, in 1994 and eventually settled in Fairfield just over 25 years ago. Here, they raised their 4 children – Kara, Kyle, Cameron and Kevin. Michelle has worked in a variety of administrative positions prior to raising her family. She remained active volunteering in different capacities ranging from Classroom Parent to Team Parent over the years. When she’s not on the field watching her boys play soccer, she enjoys walks with her dog, Pippa. Soon to be empty nesters, she looks forward to traveling with her husband. She recently joined the ECC last year and loves being a part of such a warm and special community!